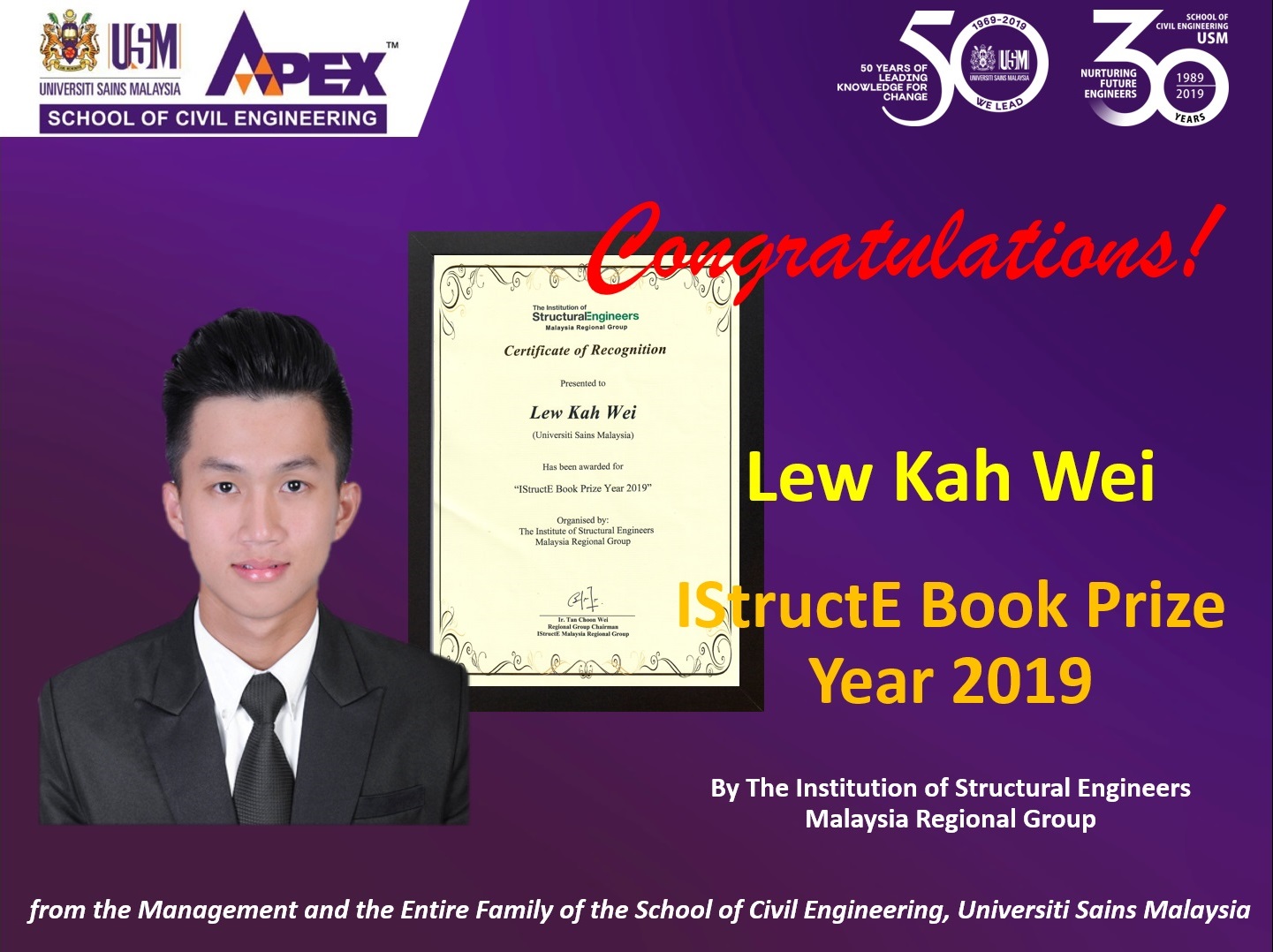 The School of Civil Engineering is proud of Lew Kah Wei for receiving the award of IStructE Book Prize 2019 by the Institution of Structural Engineers (IStructE), Malaysia Regional Group. This award honors excellence in structural engineering courses of a final year undergraduate student.

Kah Wei’s academic record has been consistently excellent. He has attained the highest aggregate marks in the structural analysis and design courses during his study since academic session 2016/2017. He has scored A in grade for all seven structural engineering courses and the highest mark in the class for two courses.

Congratulations to Kah Wei from the School of Civil Engineering. We hope this great performance will inspire undergraduate students to strive for higher achievement in future.