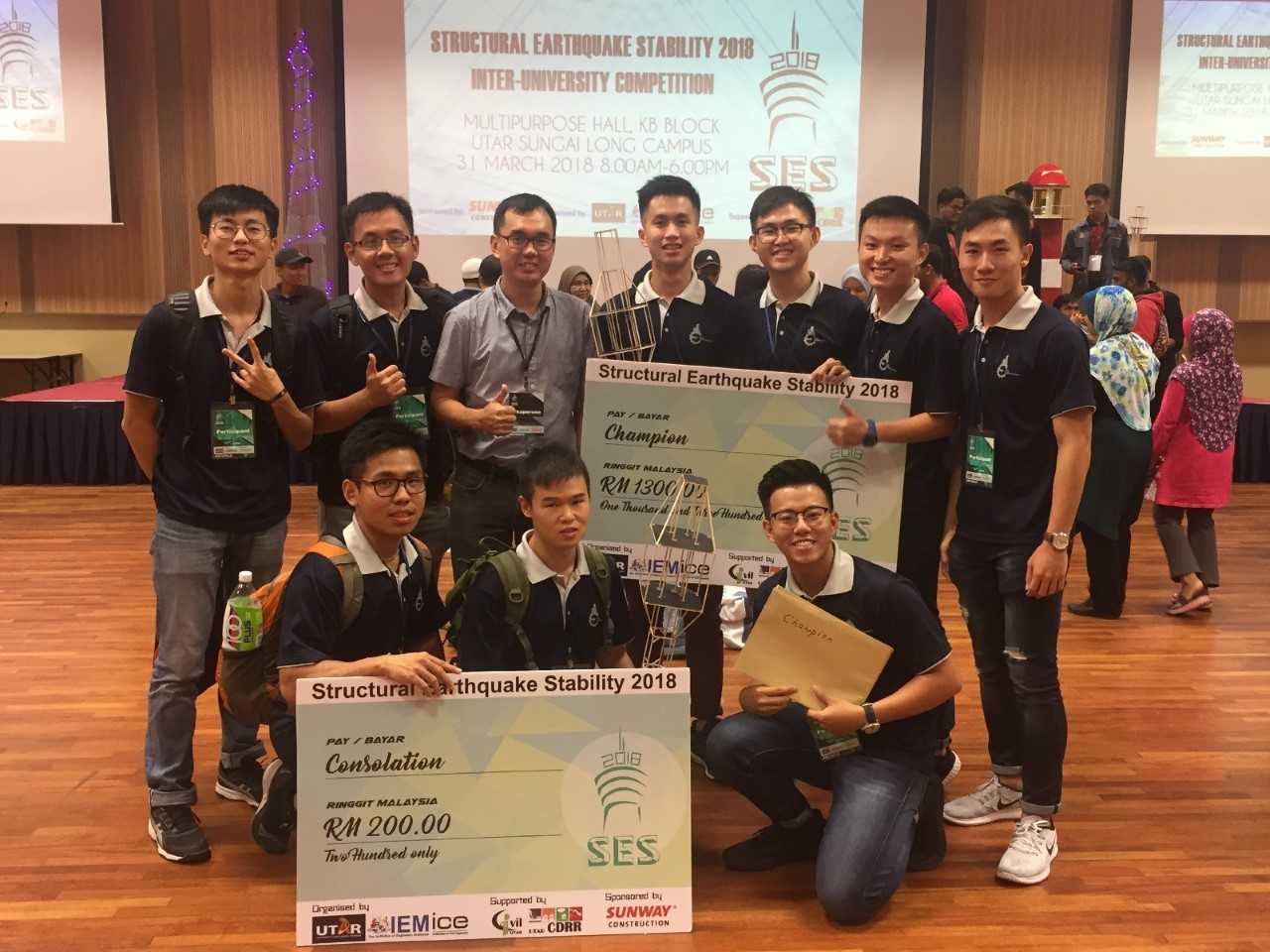 PENANG, 31 March 2018 - Two teams of second and third year students from the School of Civil Engineering have won the first place and consolation prize at the UTAR Structural Earthquake Stability (SES) Competition 2018. The competition was held on 31 March at UTAR Sungai Long Campus. A total of 29 teams from 16 higher education institutions all over the country participated in this competition. 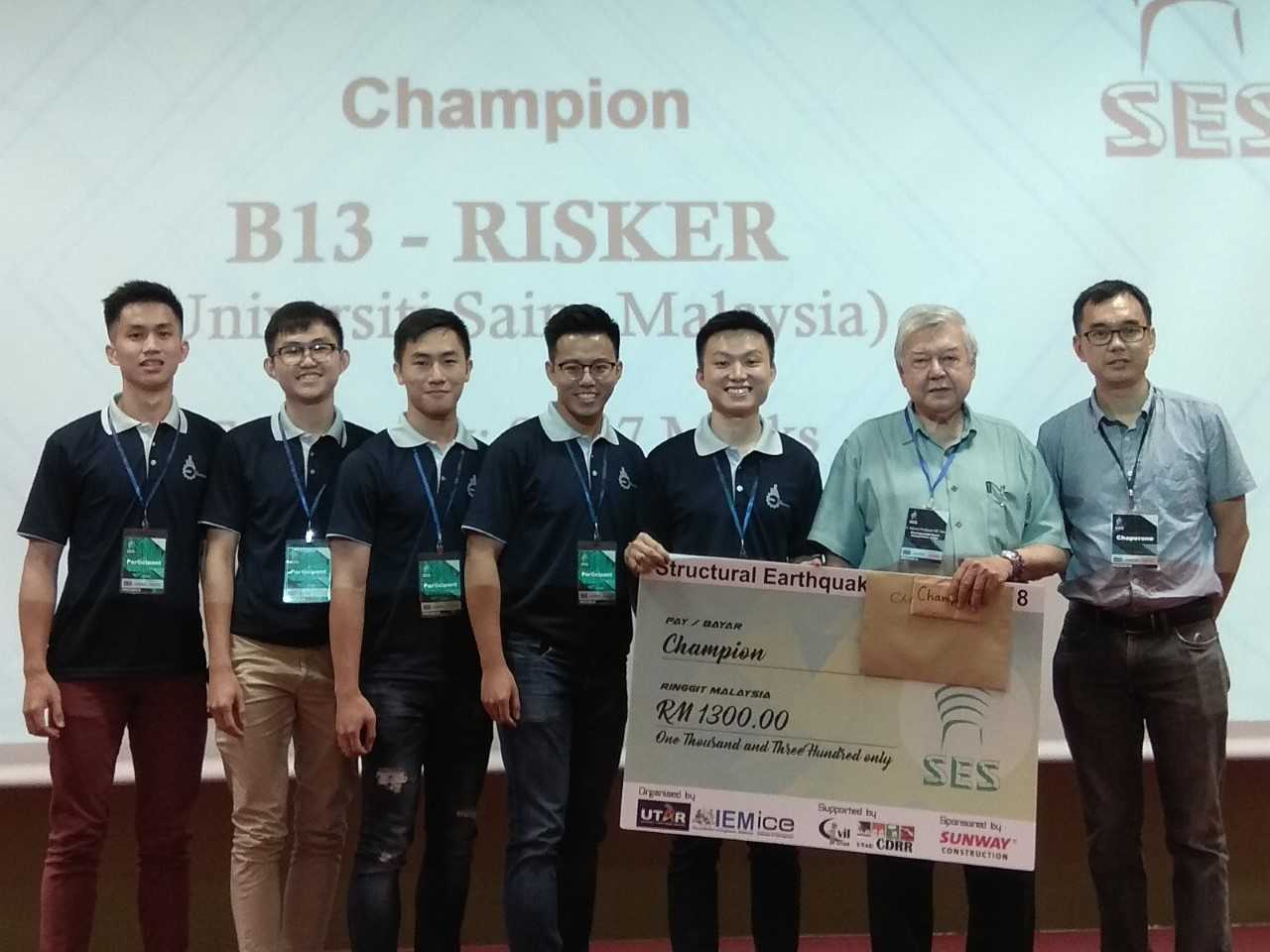 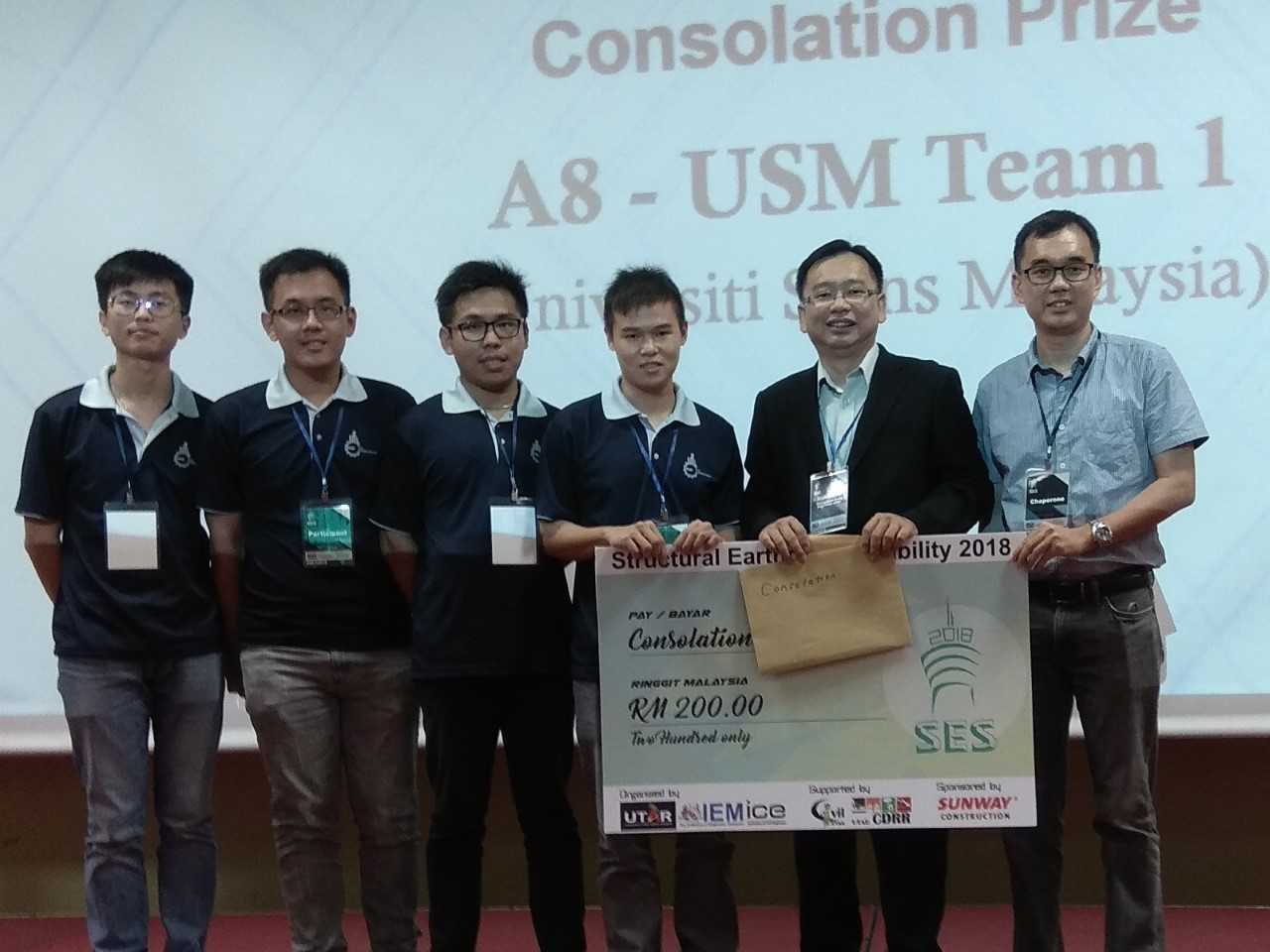 Another team “USM Team 1”,headed by Tng Kah Lok, comprising Ho Kar Meng, Khoo Zheng Yang and Yeoh Seng Keat, won consolation prize with RM200 cash award. Both teams were supervised by Assoc. Prof. Dr. Lau Tze Liang. Even with limited knowledge on structural dynamics and seismic design which will be taught in final year subject, both teams have proposed a unique and innovative solution through practice. The design concept has impressed many participants and practitioners.

PPKA is proud of the achievement of both teams. Congratulations to both USM teams on their success! Special gratitude also goes to technical staffs, Abdullah Md Nanyan, Mad Fadzil Ali and Dziauddin Zainol Abidin, for their assistance in the preparation of this competition.