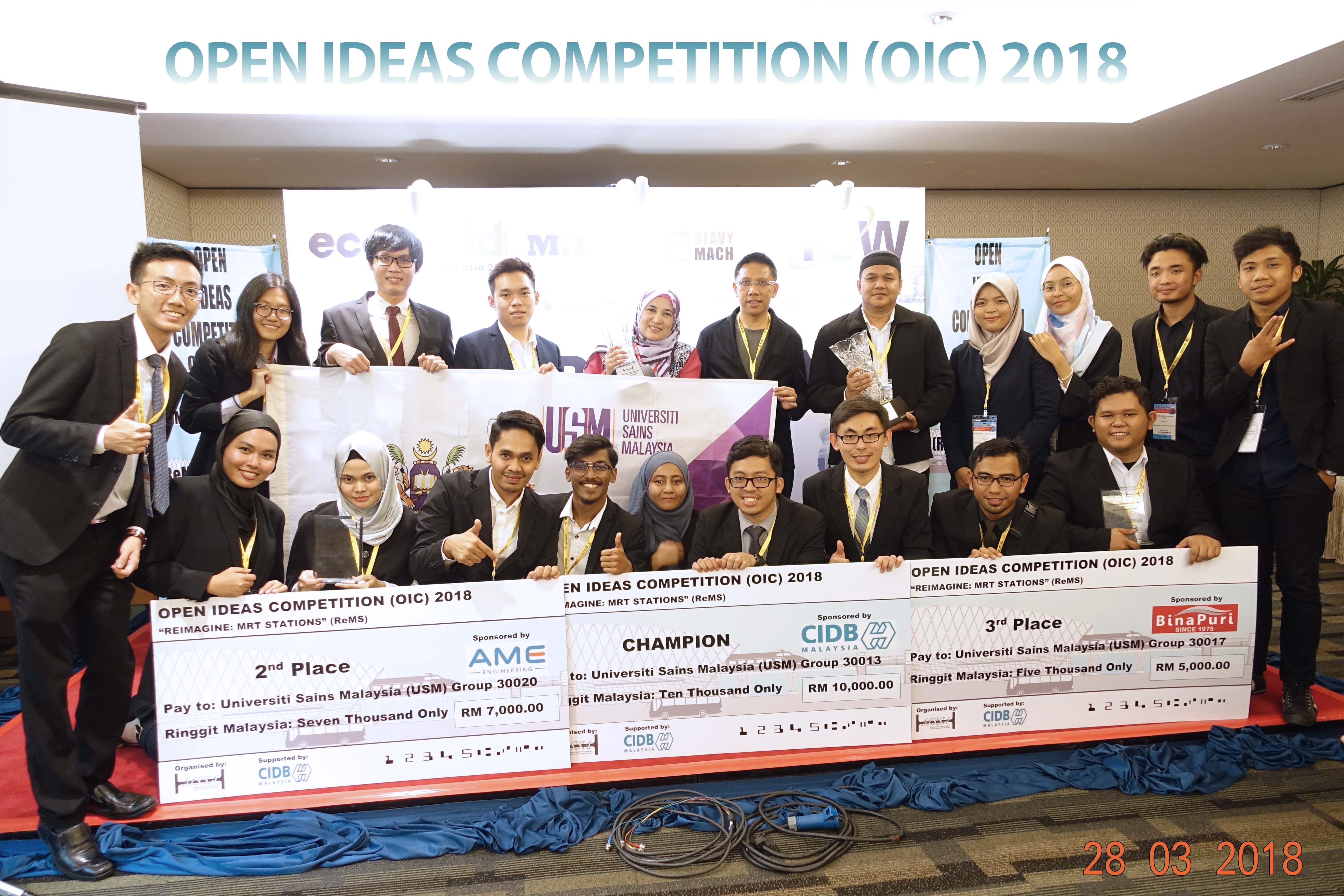 PENANG, 29 March 2018 - For the 3rd time in the last 5 years, USM once again won the prestigious jointly organized, the Malaysian Structural Steel Association (MSSA) and Construction Industry Development Board (CIDB) Open Ideas Competition (OIC) for the year 2018 (MSSA-CIDB OIC 2018), which is the only design competition in Malaysia that combines Architectural and Civil Engineering Students for each team participated.

However, this year winning record is indeed more meaningful when USM won all entire 1st Prize (RM10000), 2nd Prize (RM7000) & 3rd Prize (RM5000) in the competition that was participated by 218 students and 18 supervisors (Architecture & Civil Engineering) from seven (7) universities all over the country. For this 11th edition of the competition with the theme 'REIMAGINE: MRT Stations (ReMS)', the 2 Consolation Prizes (RM3000) have been won by the team from Universiti Malaya and International Islamic University Malaysia, respectively. 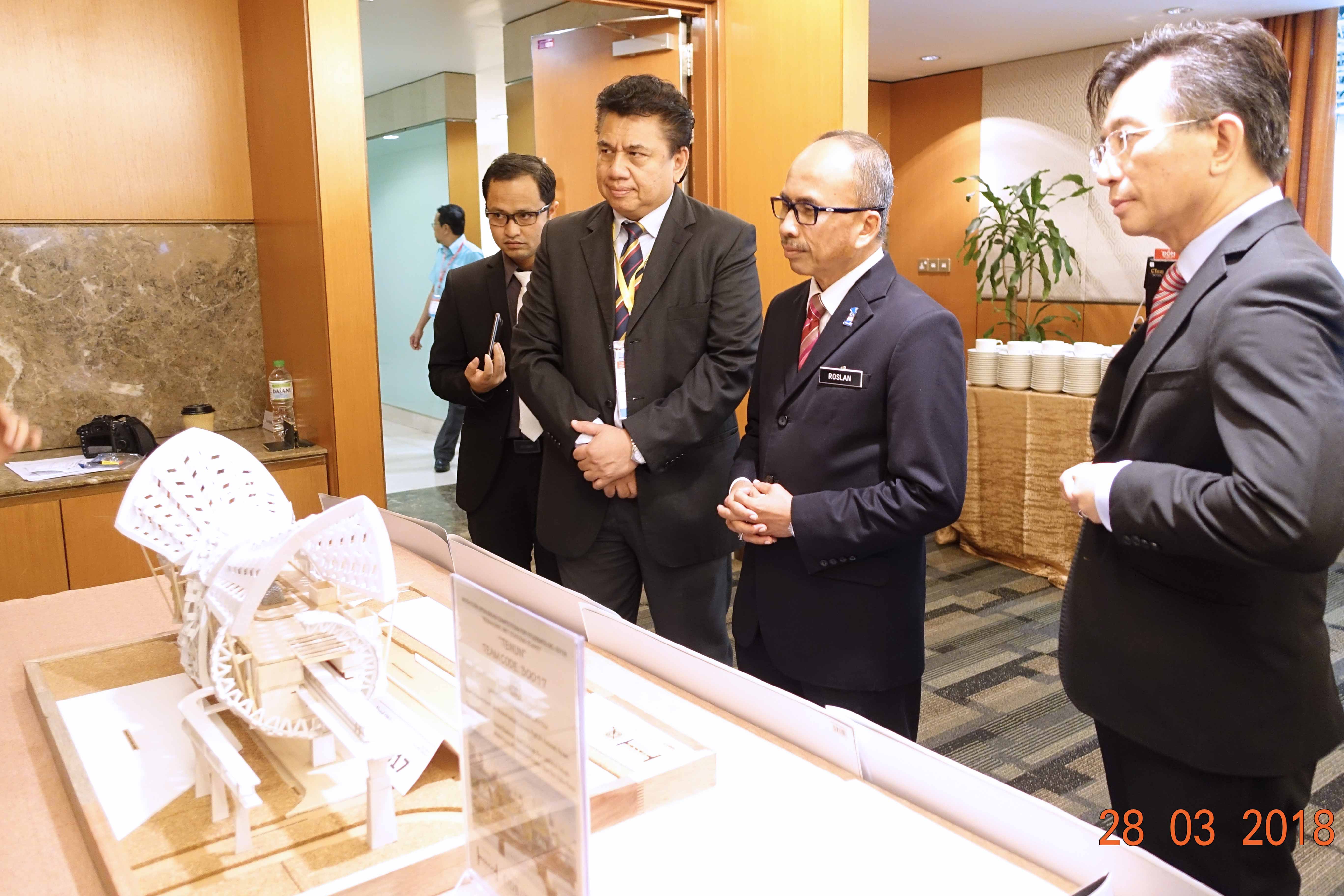 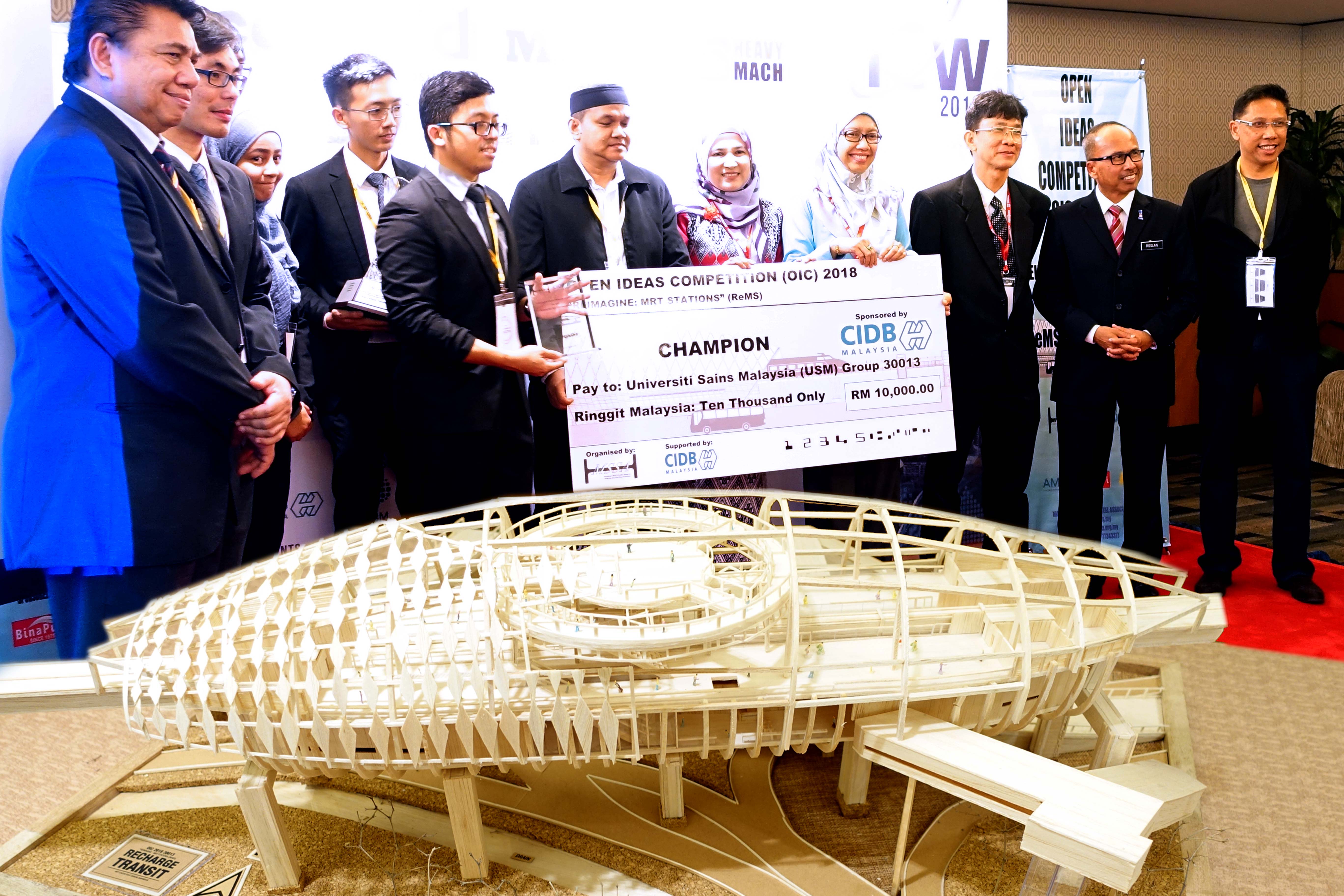 The USM Team that won the 1st Prize is headed by Kelvin Ah Kian and the team consists of Chong Chin Xin, Wong Chun Heen and Yasirah M.Kizarali from HBP, as well as Chong Hong Rui and Lim Cheng Kuan from CE. The Architecture Supervisor for this group is Dr. Mazran Ismail while its Civil Engineering Supervisor is Assoc. Prof. Dr. Fatimah Denan. 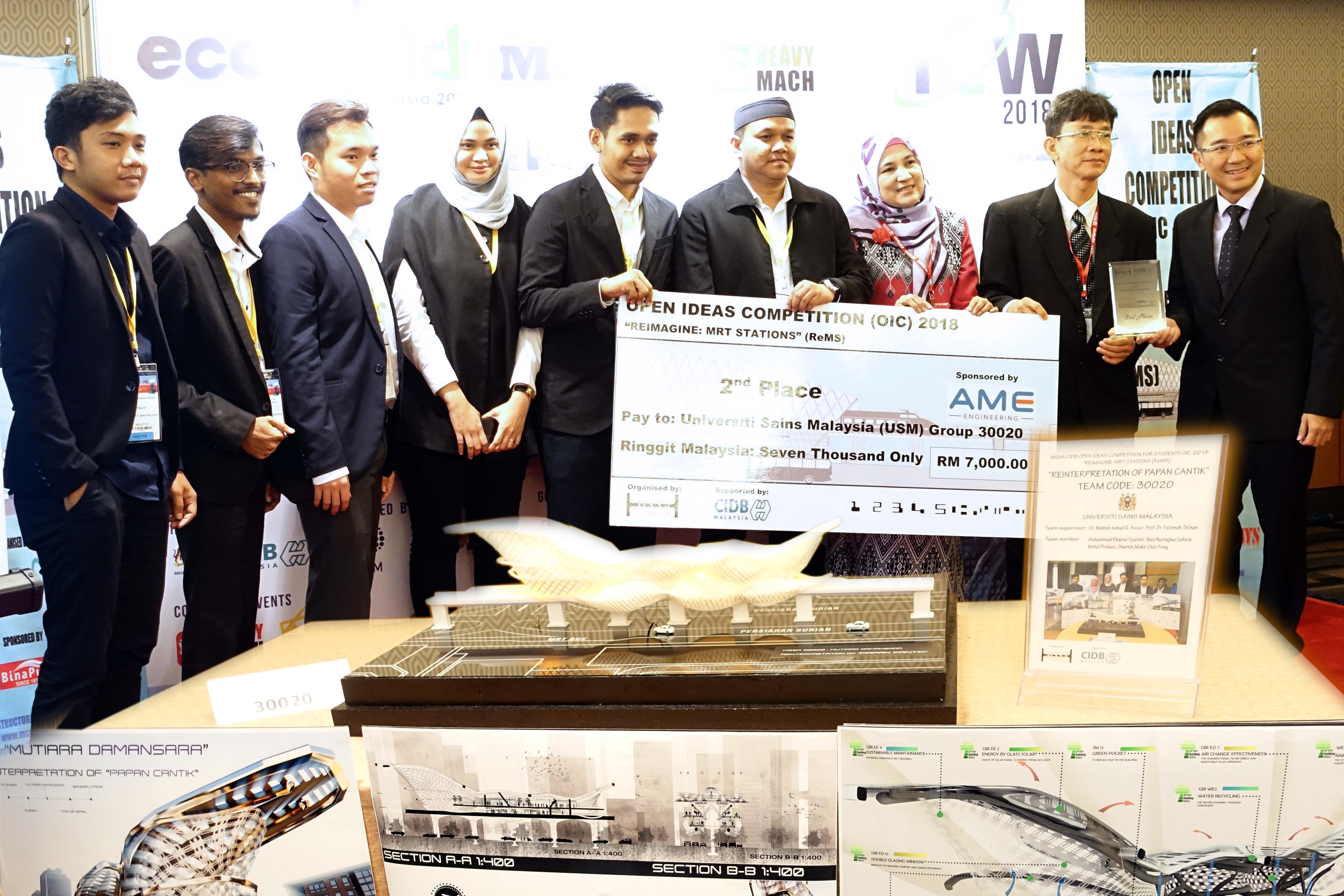 2nd Prize of the competition has been won by a USM group which consists of Muhammad Khairul Syahmi Zawawi as Group Leader, Wan Nurnajwa Safura Wan Yaziman and Mohd. Pirdaus Beddu from HBP, and Sharvin A/L M Poovaneshvaran with Make Chee Fong from CE. For this group, the Architecture Supervisor is Dr.Nooriati Taib and the Civil Engineering Supervisor is Assoc. Prof. Dr. Fatimah Denan. 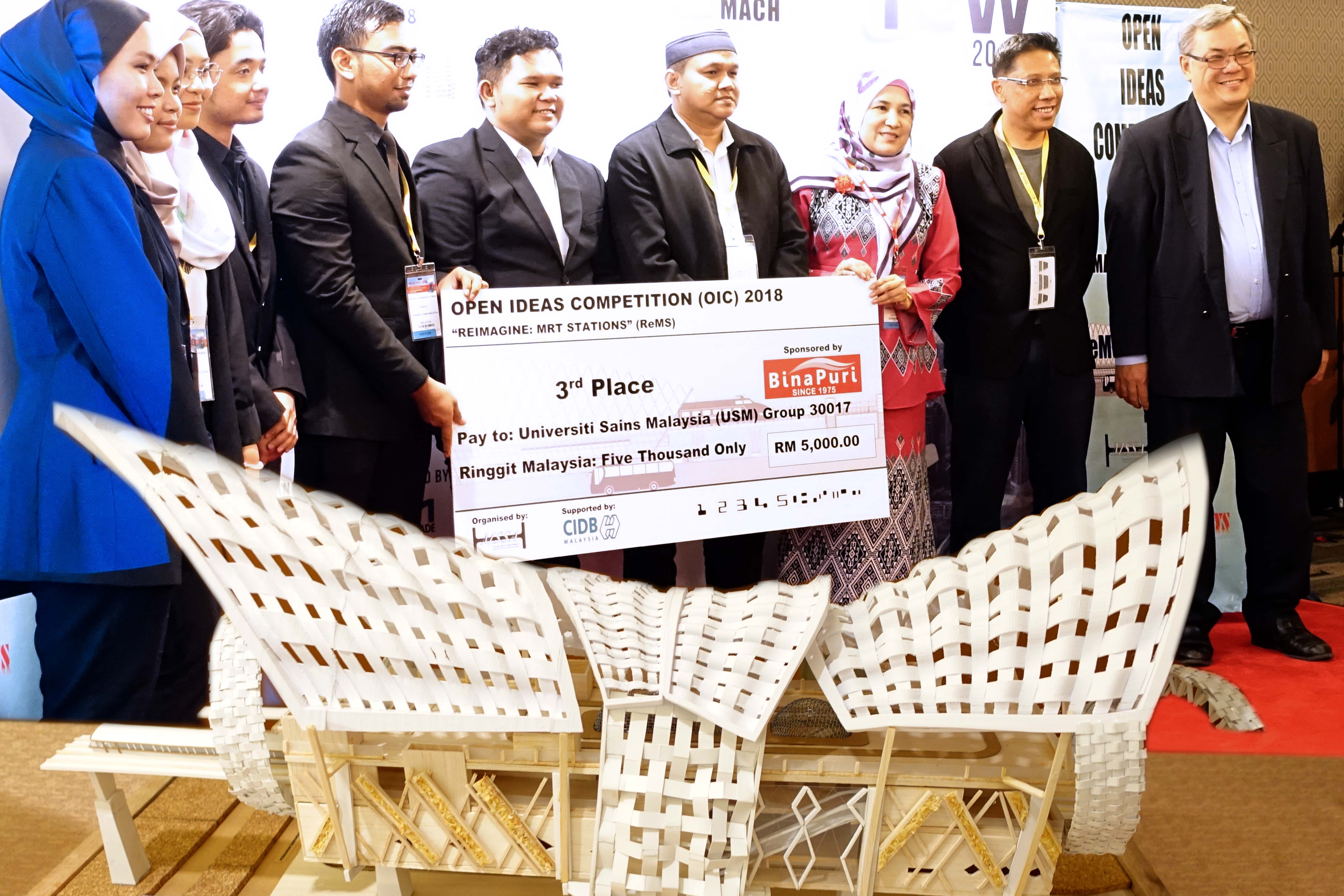 Apart from hardwork by the students and supervisors, this year's USM win is hugely contributed by strong support from both Dean of School of Housing Building and Planning and School of Civil Engineering, which are Professor Dr. Aldrin Abdullah and Professor Dr. Taksiah A.Majid, as well as Deputy Dean (Academic & Student) School of HBP, Professor Dr. Ahmad Sanusi Hassan who has also contributed in terms of ideas and views. 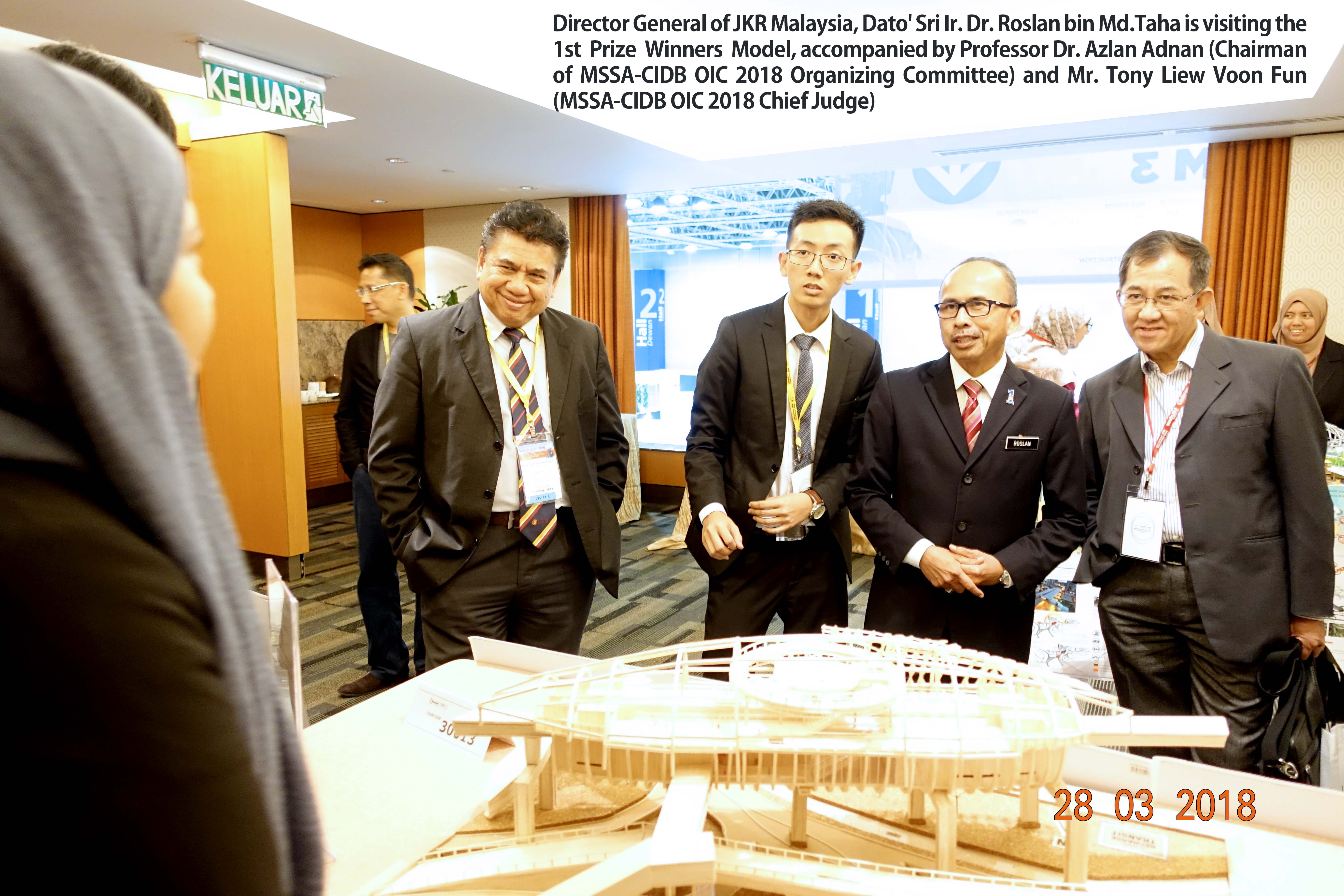 For the coming years, Assoc. Prof. Dr. Fatimah who was also USM Representative in the MSSA-CIDB OIC 2018 Organizing Committee and MSSA Education Committee hopes that strong cooperation between School of HBP and School of CE will be maintained to ensure that USM can continuously grasp the top prizes in the next editions of the competition.