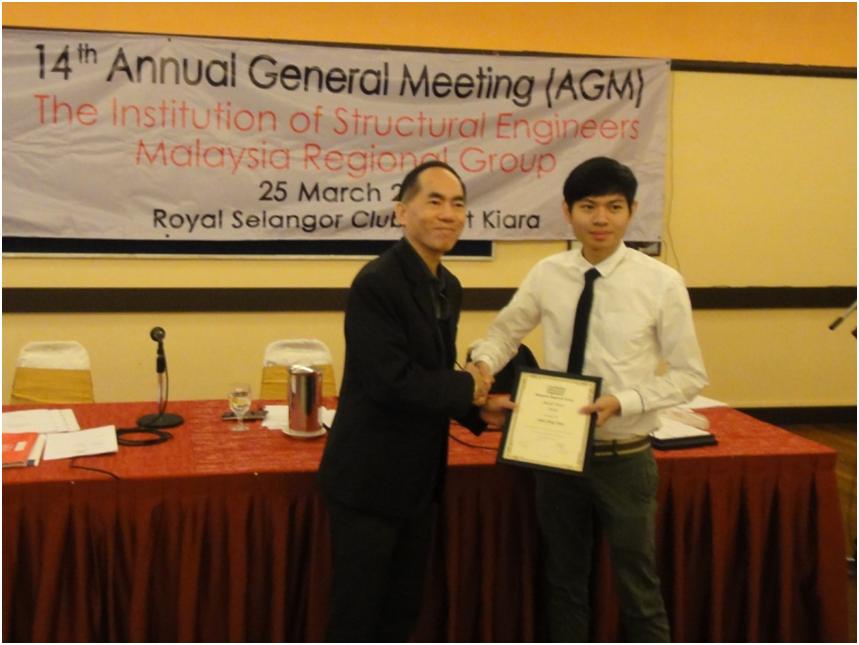 The School of Civil Engineering is proud of Chiew Chang Chyau for the nomination as a recipient of IStructE Book Prize 2016 by the Institution of Structural Engineers (IStructE), Malaysia Regional Group. This award honors excellence in structural engineering courses of a final year undergraduate student. The award ceremony was held during the 14th Annual General Meeting on 25 March 2017 at Dewan Tan Sri Hamzah, Royal Selangor Club.

Chiew’s academic record has been consistently excellent. He has attained the highest aggregate marks in the structural analysis and design courses during his study since academic session 2013/2014. Out of seven structural engineering courses, he has scored six A and one A- in grade and the highest mark in the class for five courses.

Chiew has also actively participated in engineering competition and received national and international recognition. He has demonstrated the ability to apply the fundamental knowledge of structural engineering to solve complex civil engineering problems and to work effectively as a member and a team leader. Among the participated engineering competitions include Beyond Structures 2015 at UNITEN, Highest Early Strength Concrete Cube Competition 2015 at UiTM (3rd Prize in Best Presentation Category), UTM National Bridge Model Competition 2015 (3rd Prize in Strength and Lightness Category), Structural Earthquake Stability 2.0 at UTAR and Introducing and Demonstrating Earthquake Engineering Research for Schools 2016 in Taiwan (Quake-Resistant Award).

Congratulations to Chiew from the School of Civil Engineering. We hope this great performance will inspire other undergraduate students to strive for higher achievement in the future. 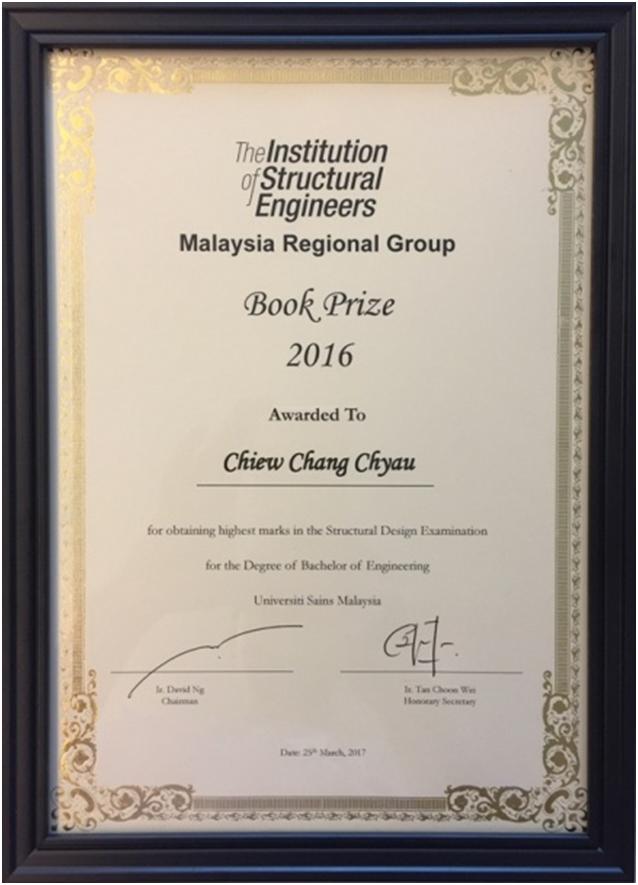