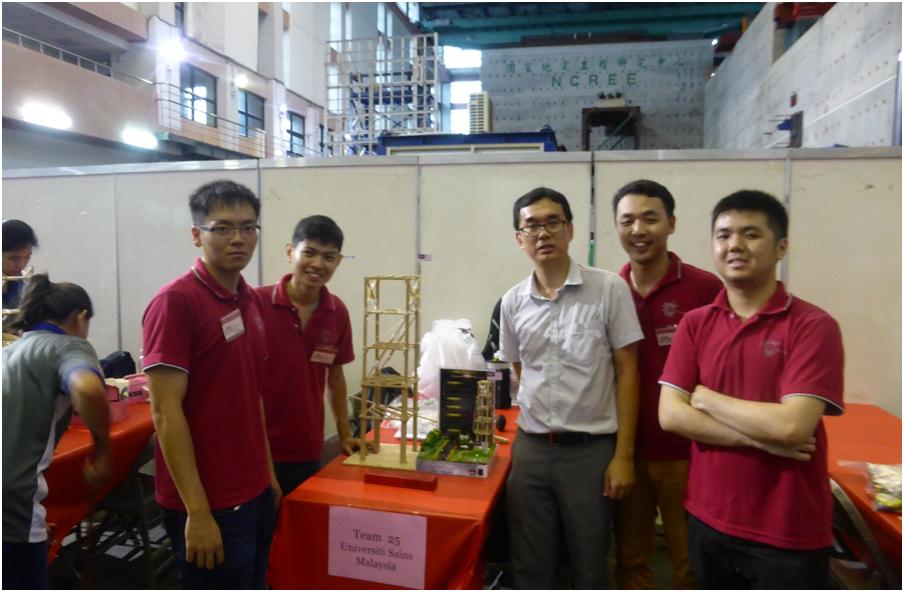 It is a shaking table contest for high school, college and graduate students which aims to promote their interest on the design and construction of seismic-resistant structures. In this competition, students were required to construct a wooden hotel model according to the structural rules and specifications provided by the organizer. The model was then loaded with steel block and shook together with the models from other teams on the big shaking table until they collapse according to the judges’ desired seismic strength.

Out of 49 college teams from 12 different countries, USM ranked 14th with the constructed small scale model of a building that can sustain 700 gal of simulated earthquake ground motion. The team received Quake-Resistant Certificate for the constructed model. USM team achieved the best rank among Malaysian universities participated in this competition, which are INTI International University & Colleges in the 24th place, Politeknik Sultan Idris Shah (29th), UTM (43rd) and UTHM (48th). This is a great achievement for the team that has represented USM to participate in this competition for the first time. This has also positioned USM in the global education arena. 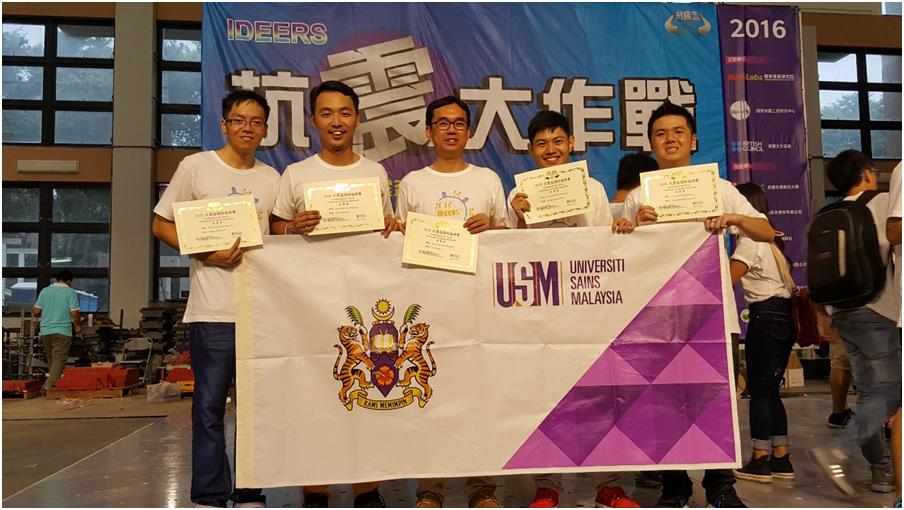 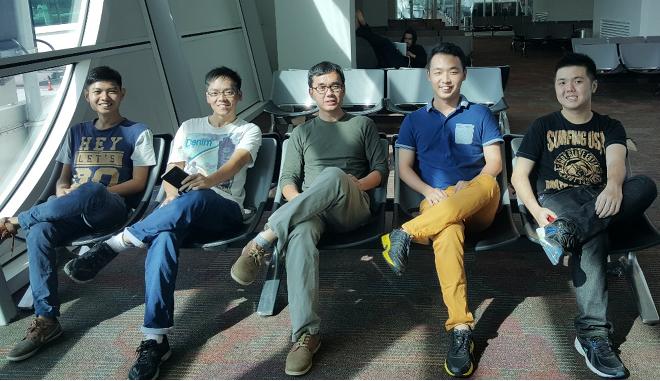 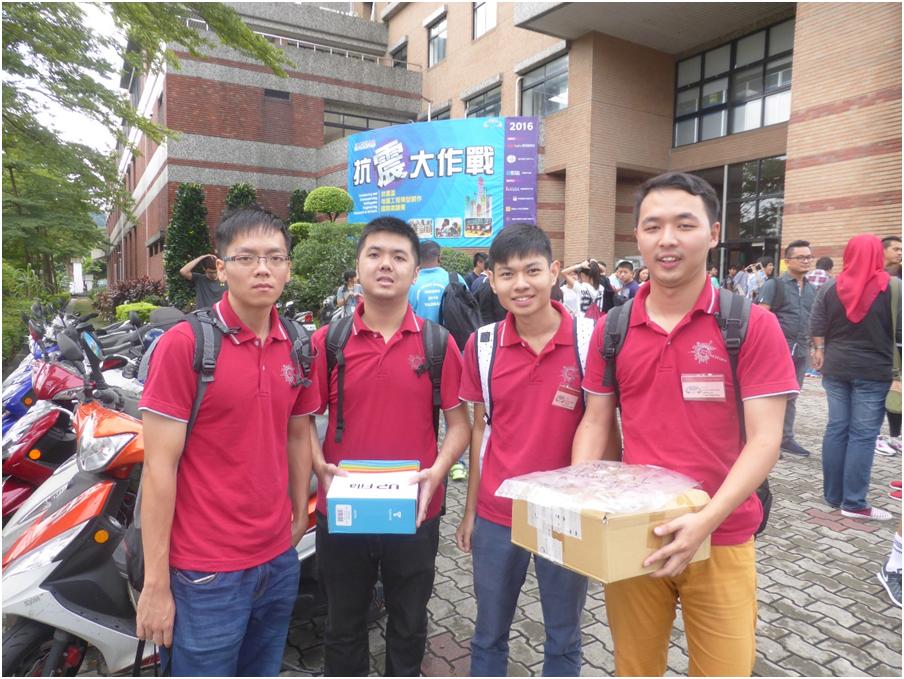 Figure 3: Arrival of National Centre for Research on Earthquake Engineering 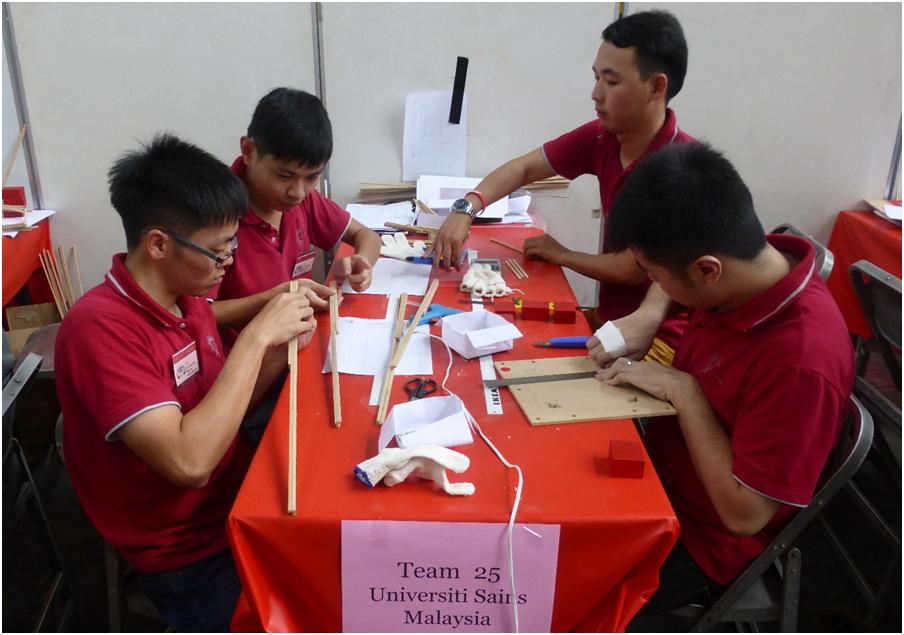