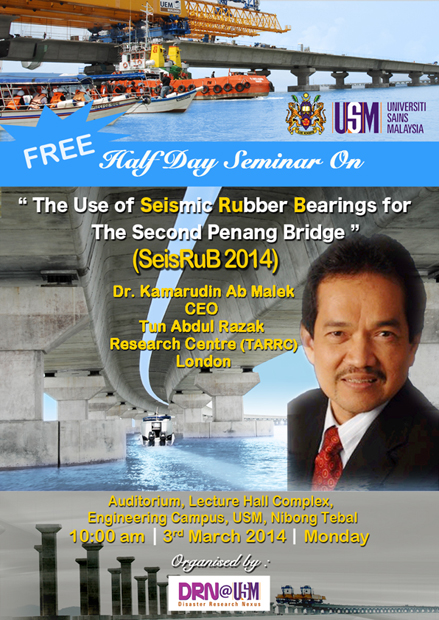 The Second Penang Bridge was officially opened on the 1st March 2014.  The total length of the bridge is 24km, making it the longest in Malaysia and Southeast Asia.  The presentation will address the seismic risk to this major RM4.5 billion new structure from large far field events and the use of High Damping Natural Rubber (HDNR) bearings for the seismic protection of the sea section as well as the land expressway part of the bridge.  The 2nd Penang Bridge is now the world’s largest structure on seismic rubber bearings. The creep and shrinkage of the precast sections of the deck for the sea section posed a challenge to the design and installation of the isolation bearings.  A total of 2220 HDNR bearings were installed to the bridge and these bearings were manufactured in Malaysia under the supervision of the Malaysian Rubber Board and tested in accordance with international standards at the local manufacturer’s testing facility.

He is the Chief Executive Officer and Vice Chairman of Tun Abdul Razak Research Centre (TARRC),  a 75-year-old laboratory of the Malaysian Rubber Board located in the United Kingdom.  Obtained his Bachelor of Science (Hons) in Materials Science from Imperial College, University of London.  Later he obtained a Ph.D. in Polymer Physics in 1987 from the North London University.  Kamarudin specializes in the use of rubber in engineering applications particularly in the seismic rubber bearing technology for protection of structures from earthquake. He is a Fellow of the Academy Science of Malaysia and has also successfully developed a technology using natural rubber-based components to offer protection to offshore structures.  He recently published a book entitled ‘From Pelham to Penang’ to commemorate the opening of the 2nd Penang Bridge on the 2nd March 2014.  The book describes 55 years of evolution of natural rubber bearings from a simple bridge application to a more complex offshore application and earthquake protection of buildings and bridges. 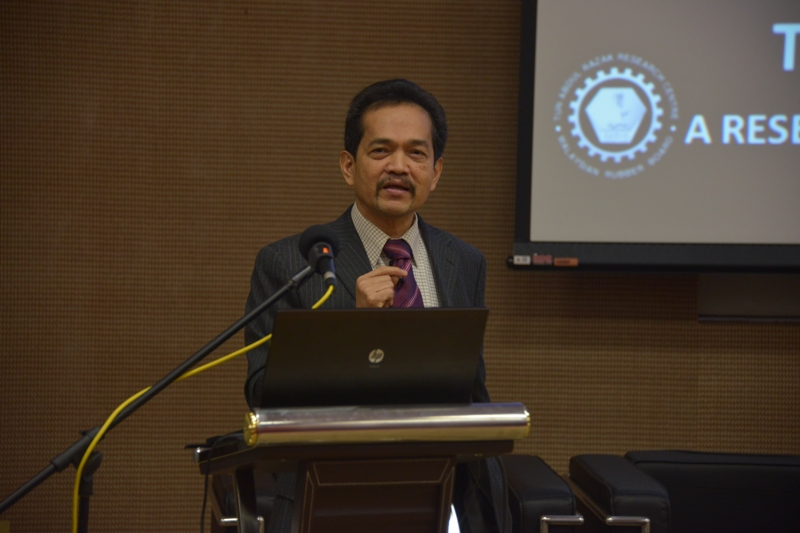 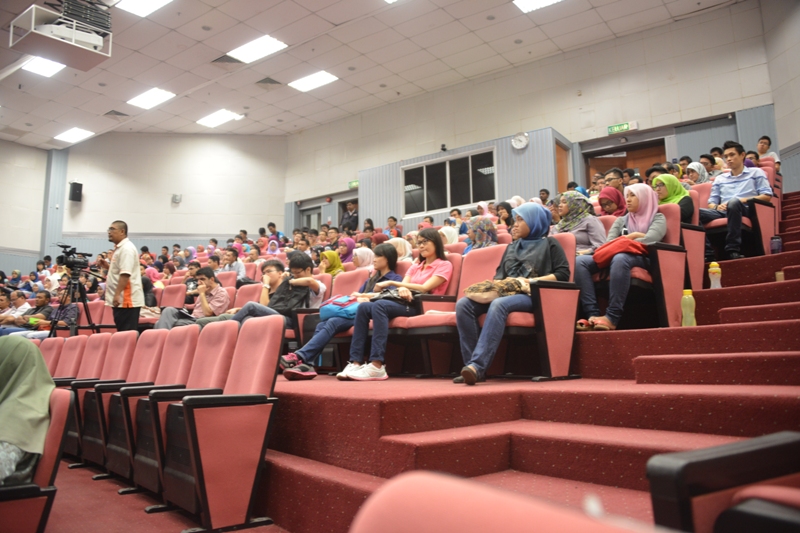